Here in the UK, there aren’t many dangerous animals to contend with. It’s been a long time since we had wolves or bears, and just as you won’t worry much about the wildlife when you go hiking in the countryside, most people wouldn’t give it a second thought when they take a trip to the coast. During the summer millions of Brits will head to beaches across the UK to make the most out of the sunshine. You probably know that jellyfish sting, but what people might not realise is there are actually a number of other dangerous sea creatures in Britain’s coastal waters that can give us very painful, even potentially life-threatening, stings.

Here’s what you need to look out for if you’re heading down to the coast, and what you can do if you or a loved one get hurt.

All of these venomous sea creatures can be found around our coasts (though the Man O’ War is quite rare), and jellyfish in particular often wash up on our beaches. All of them can give you a nasty sting, and the advice in terms of treatment is broadly similar, though weever fish are more dangerous. Generally speaking, deaths from sea creatures on UK coasts are very rare, though more severe reactions are possible, and stings may trigger anaphylaxis in some people. Due to the possible side effects, it’s important to remove yourself or the casualty from the sea as soon as an injury occurs. A loss of mobility or consciousness in the water may lead to drowning.

Jellyfish stings usually happen in the water but you can still be stung by a jellyfish that’s washed up on the shore, even if it’s dead. Most jellyfish stings are mild and don’t require professional medical care. If you’re stung, you should get out of the water, then use seawater (not tap or bottled water) to rinse your skin to clear away any stinging cells. Afterwards, you should immerse the affected area in hot water, or use a hot flannel or towel if this is not possible. Never apply ice, a cold pack, or any other remedy you may have heard of (yes, that includes peeing on the sting).

After being stung, a painful, itchy rash with welts will develop where contact was made with the jellyfish’s tentacles. Other symptoms can include:

If severe symptoms like breathing difficulties, trouble swallowing or chest pains are experienced, if the sting is over a large area, or if sensitive parts of the body like the face or genitals have been stung, you should call for an ambulance. In rare cases people can react badly to a sting and it can result in coma or even death. 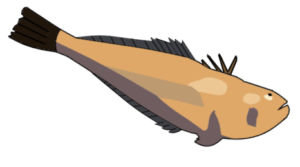 Weevers are small fish with venomous spines on their dorsal fins and gills. They bury themselves in the sand in shallow water to lie in wait for prey during the day. Therein lies the problem; people can step on them by accident and receive a nasty sting from the spines along the top of their bodies. Weevers are particularly common around the southern coasts of the UK. The NHS recommends that you get immediate medical attention if you’re stung by a weever fish.

Weever stings are said to be extremely painful, and although most people will make a full recovery without treatment, severe symptoms can develop. To reduce the pain until medical attention is received, you can immerse the affected area in hot water, as hot as can be tolerated, for up to 90 minutes. Alternatively, a heat pack can be used. Any large spines should be removed carefully from the wound using tweezers. After removal, the wound should be cleaned with soap and water and then rinsed thoroughly with fresh water. The wound should be left uncovered.

More serious symptoms can include:

These more serious symptoms are uncommon but you should call an ambulance if someone appears to be having a severe reaction to the sting.

These small, round, spikey creatures can give you a very unpleasant sting if stepped on. Similarly with weevers, it’s recommended you immerse the affected area in hot water to reduce pain. Any large spines stuck in the wound should be removed with tweezers, while smaller parts can be removed by gently scraping them out with a razor blade. The use of a small amount of shaving foam may help. You should then scrub the wound and rinse it with fresh water, and you shouldn’t close the wound with tape. Several puncture wounds can lead to more serious problems, including aching muscles, shock, and even paralysis or respiratory failure. Seek immediate medical help if you experience severe symptoms, especially breathing problems or chest pains.

The Common Stingray can be found along the coast of the English Channel. Although stingrays aren’t aggressive, it has a venomous tail spine that can inflict an extremely painful wound either as a jagged cut or a puncture. It’s possible for the spine to get stuck in the wound, as rays shed these easily. Most stingray wounds are inflicted on divers, but they may also bury themselves in sand in shallow water where bathers can step on them.

Along with pain and swelling, symptoms can include:

Alert a lifeguard if there’s one nearby and always call 999 when someone is wounded by a stingray. Stings are very rarely fatal, but puncture wounds to the heart or abdomen are especially dangerous. The famous conservationist Steve Irwin was killed by a stingray wound to the heart whilst filming in the sea in 2006.

Rare in UK waters, these distinctive creatures can be found more often throughout the warmer parts of the Atlantic, including the Mediterranean. Nonetheless, in October 2017 they washed up along the south western coast of England in record numbers. These creatures appear on the surface of the water with their numerous long tentacles streaming underneath. The Portuguese Man O’ War isn’t actually a jellyfish, but is, bizarrely, a floating colonial organism made up of individual animals, which are completely co-dependent and cannot exist alone.

Portuguese Man O’ War stings can cause a severe, potentially fatal, allergic reaction, which can include difficulty breathing and cardiac distress, though this is rare. Stings usually result in a painful red line with small white lesions. Blisters and welts may appear in severe cases. Seek medical attention if the pain lasts more than an hour, if the rash worsens, or if there are signs of infection like swelling and fever. Immersing the affected skin in hot water or applying a hot water flannel can help reduce the pain, as with jellyfish stings.

In rare cases, it’s possible for people to become seriously ill from contact with these venomous marine animals. Signs that it’s time to call for an ambulance include:

Anyone who collapses as the result of a severe reaction to venom should be treated in the same way as any other casualty. First, check their responsiveness. Next, check their breathing. If they’re unresponsive and not breathing normally, it’s time to start CPR. If they are breathing, place them in the recovery position until medical help arrives.

Fortunately its unlikely you’ll be stung on any given visit to the coast, though this can depend on where you are, what you’re doing and what season it is. Marine life can be tough to spot, but you can minimise your risk of injury by wearing a wetsuit when swimming in the sea (particularly in secluded areas where there aren’t other bathers to raise the alarm) and by wearing waterproof shoes or sandals when walking in shallow water or rocky areas. Scuffing your feet in the sand whilst walking through shallows can help by scaring away any weever fish that might be buried in your path.

Having to give first aid for stings by venomous sea creatures probably isn’t a regular occurrence for most of us, but should the very worst happen by the sea or anywhere else, your first aid skills could save a life. That’s why it’s a great idea to enrol on a first aid course and learn how to treat wounds, perform CPR, prevent choking and much more. Browse our first aid courses here.