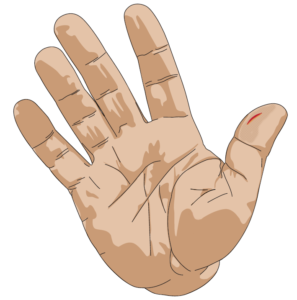 Many people will be familiar with the UK’s leading causes of death: Alzheimer’s, cancer, heart disease, stroke. But there is a distinct lack of awareness when it comes to sepsis; in fact 44% of people have never heard of it. Also known as septicaemia or blood poisoning, this devastating illness affects 150,000 and kills 44,000 people in the UK each year.

As if this 29% mortality rate wasn’t frightening enough, many survivors of sepsis are left with life-changing injuries. Recently, the media reported the story of Jaco Nel, who received a tiny cut on his hand whilst playing with his dog, which was infected by the animal’s saliva. Mistaking his symptoms for the flu, Mr Nel was eventually taken to hospital, where he had to be put into a medically-induced coma. Ultimately, Mr Nel lost five fingers, both his legs and suffered facial disfigurement.

Sepsis occurs when the body’s immune system over-reacts to an infection, attacking its own tissues and major organs. This requires rapid hospital treatment with fluids and antibiotics. Death usually comes as the result of multiple organ failure. For every hour that treatment is delayed, the chances of survival shrink by 8 percent. This makes seeking medical attention as soon as possible absolutely crucial. However, due to the lack of awareness and the nature of the symptoms, which in adults can be similar to flu, sepsis can easily be misdiagnosed or ignored until it’s too late.

Anyone can develop sepsis, though people with weakened immune systems as the result of medical conditions or treatment, the very young and very old, and people who have just had surgery or injuries from an accident are most at risk. Sepsis isn’t only contracted via infections of wounds; any infection can trigger sepsis, like pneumonia or a urinary tract infection. While the early symptoms of sepsis are harder to spot, anyone with sepsis will become seriously ill without treatment.

The clearest symptoms of sepsis are as follows:

If you spot any of the above symptoms, you should take the child directly to A&E or call 999 for an ambulance.

There are a number of other possible symptoms which could indicate sepsis, which are listed in full here. However, The UK Sepsis Trust highlights the following symptoms:

The NHS recommends you call 111 for medical advice immediately if you believe your child has one of these other listed symptoms.

The early signs of sepsis in older children and adults can easily be mistaken for a flu or severe chest infection. These can include:

Seek urgent medical advice if you are concerned that you may have early symptoms of sepsis, particularly if you’ve recently had an infection or injury, no matter how minor. If there are symptoms of severe sepsis or septic shock, call for an ambulance or go to A&E straight away. Sepsis is incredibly dangerous and must be treated as a matter of urgency. If it’s caught early enough, however, most people make a full recovery. To limit your chances of contracting sepsis in the first place, it’s a good idea to thoroughly wash and/or disinfect, and cover with a plaster or sterile dressing, any wound which breaks your skin, no matter how small it is. Even tiny, apparently clean wounds can become infected, which can in turn result in sepsis.

To learn about more common illnesses and injuries, how to spot them and how to respond, enrol on a first aid course today.